The 7th annual conference on the Justice System is held 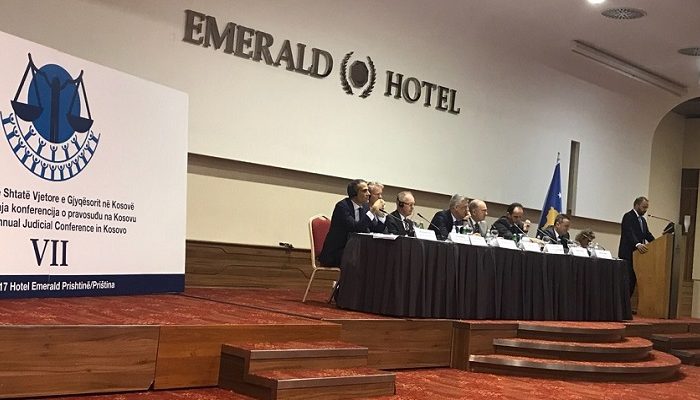 On Saturday, dt. 02. 02.12.2017 under the organization of the Kosovo Judicial Council is the 7th Judicial Conference in Kosovo since those present have been challenged and reached in the Judicial system in Kosovo. The President of the Republic of Kosovo Hashim Thaqi, the US Ambassador Greg Delawie, the OSCE Ambassador to Kosovo Jan Braathu, the Ministry of Justice Abelard Tahiri, the Chairman of the Kosovo Prosecutorial Council also participated in this meeting. Kosovo, representatives of the Quint member state, the People’s Advocate, representatives of civil society, etc. The proceedings of the Conference were opened by the Chairman of the Kosovo Judicial Council, Nehat Idrizi, who stated that their courts, for several years, have finished Kosovo in assessing the efficiency of resolving cases.

In this Conference was also known the Kosovo Chamber of Private Bailiffs which is located by the President of the Chamber Mrs. Emine Sherifi – Lubeniqi.